The performance of Liekkiloukku® has been tested by (test report VTT-S-3916-17). Contributors to the product development of Liekkiloukku® include the Lappeenranta University of Technology and Fingrid Oyj. 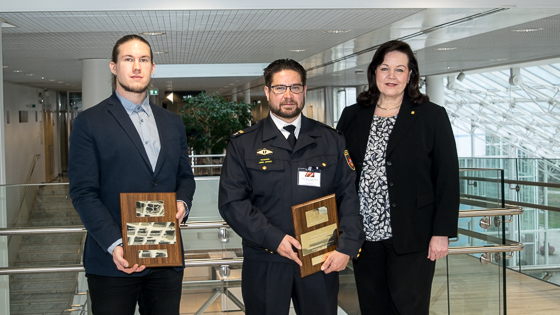 Liekkiloukku® was awarded the first commendation in the Finnish Fire Protection Fund Innovation Award competition during the rescue services convention on 22 November 2018. The panel members included top officers from the rescue services and personnel from Finland’s Ministry of the Interior.

The fire tests were carried out in a test rig, where 120 litres of Shell Diala B transformer oil heated to 90 °C was poured through four square metres of Liekkiloukku® fire protection grating with a pre-combustion time of two minutes. The fire was extinguished in seven seconds, and the temperatures of the gas and the structure only increased by 200 and 100 °C respectively. In the tests, the oxygen concentration in the space below the grating dropped as low as three per cent. After the fire was extinguished, it took more than 30 seconds for the oxygen concentration to be restored to a level that would support combustion.
With similar amounts in a stone pit bund, the time to extinguish the fire is about three minutes.